Scale model of the Solar System

Today Kendal's Eddington Astronomical Society held an event introducing the solar system in a very interactive way, as a scale model. The event was a great success and I was delighted to be able to go along and help out.

The real attraction of this scale model was that both the distances between planets and the size of the planets were done to the same scale thanks to lots of hard work by Doug Ellison of the Unmanned Spaceflight forum. The scale was really enlightening, even for those of us who have been observing and reading about the solar system for years, you really got an appreciation of how much SPACE there is out there! 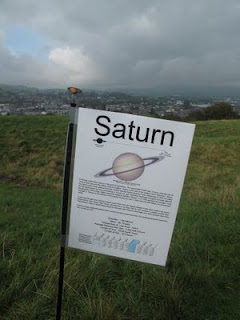 Thanks to Stuart's organisational and publicity skills plenty of people turned up to experience the event themselves, around 200 in total. 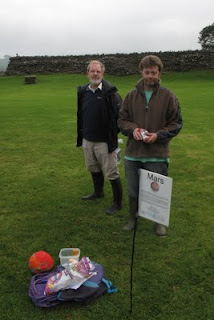 I spent the day 'orbiting' somewhere around the asteroid belt, talking to people, answering questions and generally trying to convince people that there is more to that part of the solar system than just Mars!

Congratulations to Stuart, Doug, EAS and everyone who turned out to make the event the fantastic success it was.