Firstly we did plan to have our Annual General Meeting at our next meeting on 29th April . As I'm not available that night we have decided to move the AGM to the May meeting. We are still having a meeting on the 29th. Dennis will be giving a talk on the lifecycle of stars, and the evening is an opportunity for members to bring along their telescopes and get some advice and help setting them up and using them.

Good news from NASA this week. The Cassini mission has been extended again for a further two years. The cost over two years will be around $160m which is not much when you consider Harry Potter and the Order of the Phoenix cost $150m to make !

Stuart over at Cumbrian Sky has written an excellent article giving his opinion on the practice of selling star names. The article has received wide attention, getting a mention on Fraser Cain's Universe Today blog.

The Mars Reconnaisance Orbiter team have released some spectacular images of Mar's moon Phobos. As usual Emily Lakdawala has extensive coverage at the Planetary Society Blog so I'll just post the images here for your to look at. 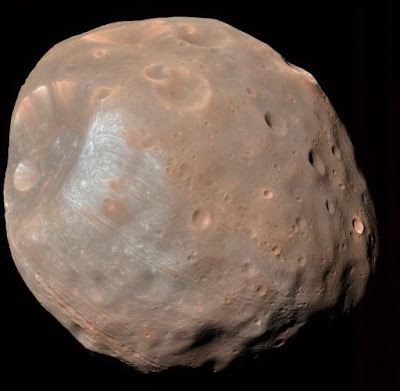 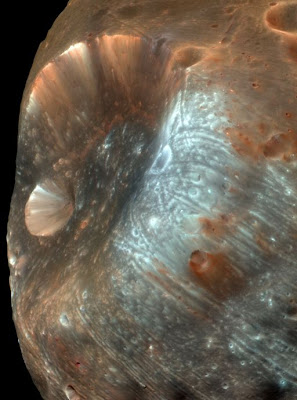 The world of Physics lost one of it's giants this week when John Archibald Wheeler passed away. Wheeler was active in many areas of physics and astrophysics and is credited among other things with inventing the term 'black hole'. He worked with many of the great physicists and taught some of them including Richard Feynman and Kip Thorne. There are many tributes to him on the blogs this week, none more personal and moving than this one from Daniel Holtz at Cosmic Variance.

I'll finish with a quote from Wheeler himself ;

“We live on an island surrounded by a sea of ignorance. As our island of knowledge grows, so does the shore of our ignorance.”