If you've noticed the last couple of weeks newsletters were missing, you'll hopefully appreciate that finding time to write these is harder than I thought! Anyway here's the latest update.

Firstly we had a great turn out for our January meeting with over 20 people turning up and it was great to see some old faces as well as new ones. Plenty of people signed up for membership for the full year, which was very promising.

The meeting itself was full with a news round up and talk on asteroids, both of which generated plenty of dicussion. It was also really good to have a couple of people come forward to help with various aspects of society organisation, we can still use more . . .

This month's meeting is on 26th February, and amongst other things, Ian will be giving us an insight into NASA's plan to return to the moon.

President Bush's plans for next year's NASA budget have been announced this week, and on the face of it they seems to be more positive that last year's. The planetary Society have some useful analysis. However, there's a lot of water to go under the bridge in US politics as I'm sure you'll have realised, unless you've been on another planet recently!

Following the theme of my talk at the last meeting, Universe Today has a story about yet another asteroid passing close to the Earth. It's hard to believe we're still here ;-) 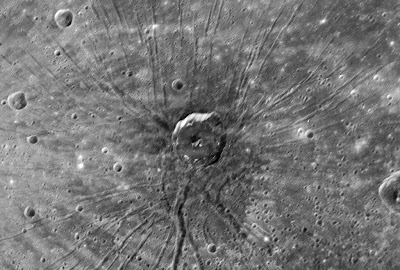 More pictures of Mercury from NASA's Messenger probe have been released including these at Tom's Astronomy Blog and Astroprof's Page. Meanwhile Stuart at Cumbrian Sky was moved to write another of his famous poems about the mission, and was stunned to find the Messenger team adopted it and placed it on the offical website. Congratulations Stuart. 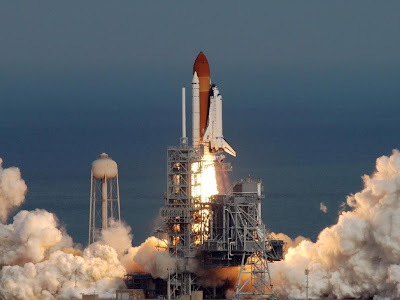 STS 122 launched this week after several delays. Now it's in orbit further delays to the mission have been caused by a mystery medical problem affecting one of the crew members. The shuttle is carrying the European Space Agency's Columbus module to attach to the space station, Stuart has written about this as a guest blogger at SpaceEurope.