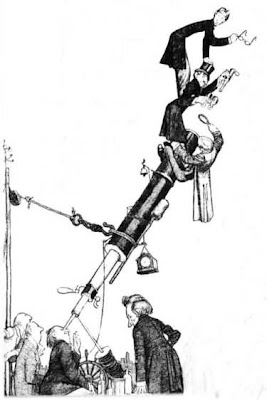 The meeting next Tuesday 31st July will be an informal one with no main speaker and plenty of time to chat. So if you need help setting up your telescope or you are after some advice about honing your observing skills or perhaps just want a chance to show off your latest bit of kit or browse our extensive library then this is your chance. Usual time and place - all are welcome as always, young and old, beginners and experts.

This is a fantastic idea. You get to take part in some real research by helping to classify distant galaxies.

The Galaxy Zoo scheme is operated by a group of astronomers including Chris Lintott and has received loads of publicity over the last few days. BBC News covered the website, and their's more details on Stuart's Cumbrian sky and the Bad Astronomy Blog, to name just two.

I've registered and passed the short tutorial / test, now I'm addicted classifying one galaxy after another, some of which (so the tell me) have never been seen by any other human before.

Now I really must go to work !

Is this where ex PMs go on holiday? 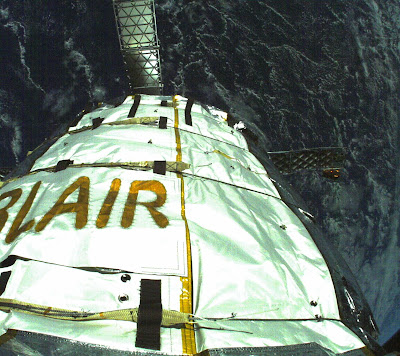 You might think inflatables are more at home on the beach but not any more. Bigelow Aerospace have just launched Genesis II, their second blow up spacecraft. While not quite as big and bright as the International Space Station it is still spottable with the naked eye and will be making some high passes visible from here just before midnight over the next few days. See Heavens Above (where-else!) for full details of where and when to look.
Posted by Robin at 3:00 pm No comments:

Stuart over at Cumbrian Sky has been getting quite excited about Dr Who and his companions, even the Bad Astronomer has been getting in on the act. If like many of us you like a mixture of real science and science fiction you might like this video covering a recent visit of Dr Who / Torchwood's John Barrowman (Cpt Jack Harkness) to the CERN facility to look at the Large Hadron Collider (LHC).

As well as plenty of coverage of Captain Jack, there's also a fair amount about the experiment itself including some pretty impressive animations. There'll be a test on quark-gluon plasma at the next meeting !

P.S. First time I've tried embedding a YouTube video so here's hoping it works for you. If not try this link.