The topic at our February meeting was galaxies, and following that we set an observing challenge to track down some galaxies in Ursa Major. Well the Hubble team seem to have joined in the challenge and have just released a new image showing over 50,000 galaxies in a section of sky near the Plough! That's really impressive, but perhaps it's just coincidence?

Anyway, the image is a composite of several Hubble images and covers an area of the sky not much bigger than the full moon. For full details of the story behind the picture check out the Hubble news release.

The image below shows the location of the imaged part of the sky. 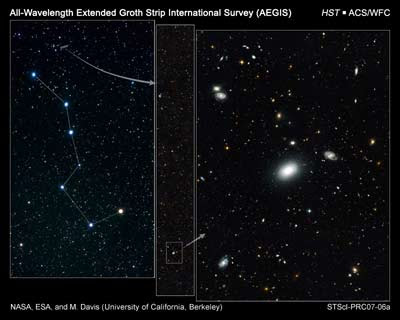 This image is just a small part of the full image which is probably best explored using the zoomable version on the Hubblesite. 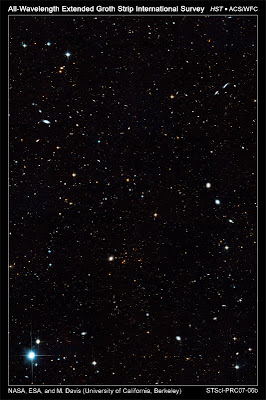