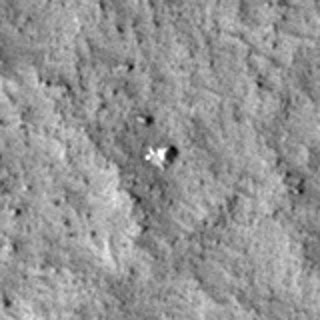 MRO now has almost a full house having spotted almost all the 'major' landers on the surface of Mars. This latest image is of Mars Pathfinder, the first rover to trundle around on the surface of the red planet. Many people will remember the mission in 1997, which really rekindled public interest in space exploration, particularly as it coincided with the start of wide availability of the internet.

The image shows the rover in its final resting place, now known as the Carl Sagan Memorial Station in memory of the astronomer who died shortly after the mission was launched in December 1996. 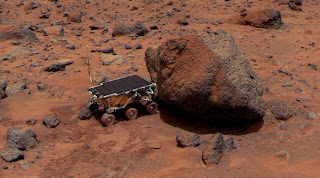