Mars and the Mily Way

The image below was captured by the Rosetta probe heading for comet 67P/Churyumov-Gerasimenko. On its way, it is using Mars to get a gravitational boost to its speed. On the approach to Mars it took this fantastic image of Mars 'above' the background of the Milky Way star fields. 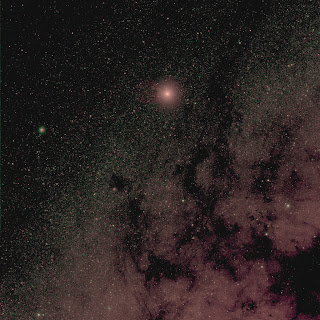 That image immediately got me thinking of the views from some of the excellent astronomy simulation software available. These programs allow you to travel virtually to any of the planets in the solar system and look at the view. Using Winstars 2 I quickly tried to simulate the view from Rosetta. The result below shows the versatility of the software, but proves what we all know, simulation is not a patch on the real thing ! 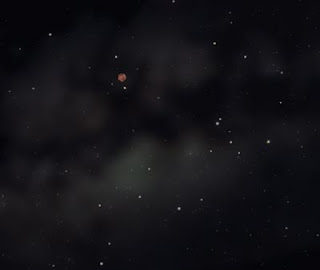 We'll have much more on astronomy software at our January meeting on Tuesday.
Posted by Chris at 9:59 am